There used to be a time when face to face communication was the only way of meeting and interacting with other people. But times have changed now. Technology has converted the world into a global village….

Irrespective of your geographical position, you can communicate with anyone you want in any corner of the world. And all that has become possible with the help of social media.

What is “following”? Twitter is a site that mainly caters to celebrities and people who are looking to achieve fame and stardom. It also caters to people who want to keep themselves up to date on the activities of others…

These are mainly the three categories of people who join Twitter…..

Through Twitter, celebrities have found a medium of communicating with their fans. They keep their fans updated about their daily activities, post different kinds of pictures, give their opinions about different current matters, promote their upcoming films or albums etc.

Also, there are people, apart from celebrities, who want to express their opinions and thoughts over twitter because they want to reach out to a wider audience.

For both these categories of people, genuine followers are important.

You need to make sure that your account is unique, different from others. You need to find new and innovative ways of attracting people to your Twitter account.

In the world of the internet, everything is temporary and short lived. In a world where people move on easily, you need to give your twitter followers a reason to keep them hooked to your profile.

#1. A stunning account:- First and foremost, make your account attractive. Use a good profile picture and the cover photo and keep updating your profile on a weekly basis.

Make sure you post about something or the other daily.

Do not limit yourself to only one kind of post; if you post about a variety of stuff, that gives the impression that you have diverse interests and people who might share similar interests are likely to start following you.

The new ads that are catchy, captivating and unique are bound to catch the eyes of the followers. As a result they might check your profile and if they like it, they might start following you.

#3. Twitter contests :- If you are always logged in to Twitter, you must have noticed how popular pages often post news about contests that they’re holding for the followers. These contests usually promise some great rewards too.

That is why real twitter followers get hooked to the contest, and start following.

You can do that too….

Organize contests that are fun and appealing regularly. Arrange for great rewards too. That will keep your followers interested in your profile, and increase the number of followers as well in the process.

#4. Be active and participate in conversations :- If you want to increase the number of loyal twitter followers, you need to get out there more. You need to be active, comment on trending and relevant news and discussion topics.

Twitter gives you a voice, a chance to express your opinion and you should make the most of that.

Communicate with your followers, make them feel involved. That is how you increase your number of followers on Twitter.

#5. Pictures :- Pictures speak a thousand words, don’t they? Take pictures of everything you’re passionate about. Twitter is a medium through which you can portray the world around you through images. 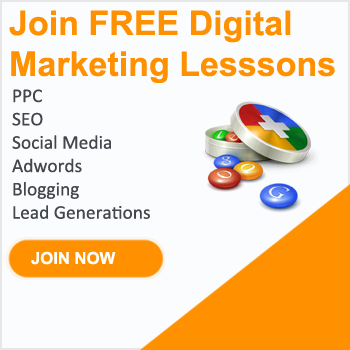 If there is something that affects you or moves you, take a picture and post it.

Encourage others to retweet the post so that it reaches more number of people. That is sure to fetch you quite a few twitter followers.

#6. Meaningful content:- Make sure your profile is full of meaningful content. No one wants to read about just you. That is why you should also retweet relevant stuff regularly. You actually gain in the process.
You become associated with some of the most famous people and they might in turn start sharing your posts as a kind of reciprocal sharing.

If you start making a name for yourself in this way, your profile is sure to attract more followers.

#7. Hash tags :- “Use “#hashtags” Anyone who is active on social media knows about the usefulness of hash tags. Any news or event that has moved the masses has a hash tag that you can use.

Make sure your tweets have hash tags, and that they are commonly used ones. It will allow you to promote your profile and take part in trending conversations.

Twitter is a platform for you to make your mark. You need to start working on building an attractive profile from the very beginning. You must also be on the constant lookout for new ways to enhance your profile.

Most celebrities have millions of followers, and if you make your account interesting enough, you too can get a huge number of people to follow you on Twitter.

Who knows, with a little bit of effort on your side, you might go on to become the next internet sensation!